Government have highlighted that the land reform programme is irreversible after an estimated 4000 white commercial farmers were removed under Zimbabwe’s chaotic land reform process post-2000.

Addressing the media during a joint press conference yesterday (Wednesday), agriculture and finance ministers, Anxious Masuka and Mthuli Ncube said not every white former commercial farmer would receive compensation save for those falling under two specified categories.

The two government ministers rubbished reports that most indigenous farmers were going to be evicted with immediate effect as well as describing such claims as “misinterpretation”.

“The Constitution of Zimbabwe Amendment (No 20), section 295 clearly defines two categories entitled to compensation for both land and improvements.

“These are indigenous Black African Zimbabweans, whose land was acquired by the state and any person whose agricultural land was protected by Bilateral Investment Treaties,” they said in a statement.

This implies that any indigenous Zimbabwean whose agricultural land was acquired by the state before the effective date is entitled to compensation from the state for the land and any improvements that were there when it was acquired.

Those whose property rights at that time were guaranteed or protected by an agreement concluded by the government fall under the categories.

Said the ministers, “The statements regarding the reversal of the Land Reform are misplaced and should be dismissed with the contempt they deserve.

“We reiterate that the land is the birthright of all indigenous Zimbabweans and we will guard it jealously as we strive towards fostering food security and the fulfilment of Vision 2030.” 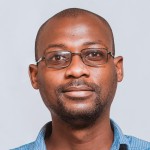